Product Code: OMEM600
You Will Earn 625 points which is the equivalent of £6.25
Print
Send to a friend
OMEX 600 Series ECU Ignition And Fuel Engine Management & Cable

OMEM600/C
The OMEM600 Engine Management System is a high performance, easy to install and map system with all of the features demanded in motorsport.

Our Omex 600 ECU kit has an extremely comprehensive instruction manual in a nicely presented folder available for an extra cost. It contains every aspect of installation right through to programming and mapping with a good education gained on the way which will make it a joy to install but is also available from download section of the Omex website free of charge below.

The 600 series ECU has two injector outptuts that are used to control 4 injectors semi-sequentially.
Injectors should be high impedance, but low impedance injectors can be used with ballast resistors. Omex can supply injectors in a range of flowrates, both normal 'Bosch' size and 'Picos'.


Turbo Anti Lag
As found on WRC rally cars, turbo anti-lag keeps the boost pressure high and the turbocharger spinning by keeping the gas flow high, but maintains drivability by controlling the torque. The gas flow can be achieved by jacking open the throttle with a solenoid, air bypass valves, or if a low level of anti-lag is used, often by opening the idle motor fully. To control torque, the ECU retards the ignition. 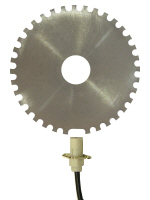 Most manufacturers patterns are already known such as Ford 36-1, Bosch 60-2, Rover (18-1 twice and late K series), Toyota 36-2 etc If using an engine without a crank trigger pattern, an external trigger wheel can be fitted

The ECU Needs An Input Of Engine Load
The Omex ECU can use an input of throttle position or manifold absolute pressure (MAP).

Most normally aspirated engines will use an input of throttle position as this gives excellent throttle response. Forced induction engines need to use MAP as there is no direct relationship between throttle angle and engine load due to the variable of boost pressure. However, forced induction still requires throttle position sensor (TPS) input for idle condition and acceleration fuelling information.

It is possible to also use TPS as the main load sensor with a boost compensation from the MAP sensor. The rating of MAP sensors is absolute, not boost pressure. Therefore a 2 bar sensor is for up to 1bar boost and a 3 bar for up to 2 bar boost 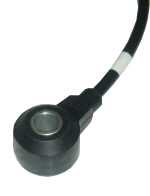 An output could also be set to indicate knock to the driver whilst running the engine. Many newer engines have sensors as standard, whilst older engines can have the sensor fitted. This sensor is not required for engine running, it is an optional safety feature

A clutch switch or gear lever switch must be fitted to indicate that the gear change is occurring, at which point the ECU can retard the ignition in a user definable manner to reduce engine torque and allow the shift 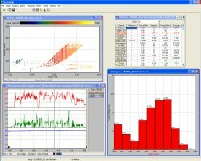 Various Wiring Looms And Hardware Can Be Purchased Seperately

We Are Authorised Omex Technology Dealers

Write an online review and share your thoughts with other shoppers!

Be the first to review this product